I had the privilege of attending the 2010 Creative Freelancer Conference and a few sessions of the 2010 HOW Design Conference. In a stroke of brilliance, F&W Media decided to hold the CFC, HOW, and inHOWse conferences all at the same location and at the same time. As a result, my CFC package included access to the HOW resource center (samples and schwag! :), the HOW Opening Keynote and one “Wildcard” HOW Session. Here’s part 2 of my experience… 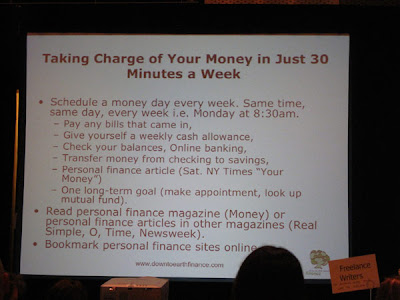 Alas, the topics of Day Two were a bit dry: It’s Your Money (Galia Gichon), Legal Basics (Jean Perwin), and The Art & Science of Pricing (Shel Perkins). Galia and Jean presented their rather dry info in a good and as interesting as possible way as they could. It was a necessary evil, but useful and informative. Shel’s session, however was not for me. Way too dry to keep me interested. It looked like good info, however the slides were nearly illegible at the back of the room and instead of offering us a link to his extremely long presentation, he just mentioned that all the info was in his book. Major fail there dude, this conference is about sharing! A link his presentation would have been greatly appreciated here, especially since Shel talked way too fast and had too much info to capture in the session’s allotted time.
The session on Internet Marking by Aliza Sherman was informative and great for those who are tiptoeing into social media and internet marketing. Not nearly as dry as the financial and legal presentations, Aliza really lit up her session with color and wit. 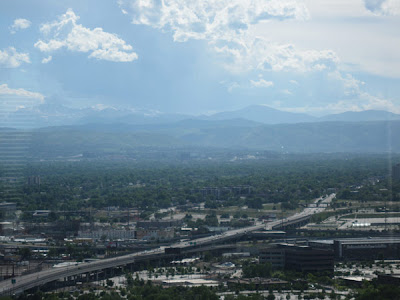 I skipped out on the remaining sessions to hang with my fellow HOWies (members of the HOW Design Forum) on the 40th floor of the Hyatt’s Peak Lounge, which has a fantastic panoramic view of the Rockies and downtown Denver. And while I was skeptical of Von’s order of the Crisps with Artichoke dip, it was really good. I think I became addicted to it in the first bite! The company and the view were fantastic and I wouldn’t have traded that for any session.
After our pre-HOW meetup, we all trekked over to the Denver Convention Center for the HOW Opening Keynote by Andy Stefanovich. I’d seen Andy speak at a previous HOW conference (Vegas, I believe) and as I expected, he was fantastic. He talks a mile a minute, but this enthusiasm and passion are quite evident and it is is hard to not get caught up in it. Andy’s session was a great way to kick of the 2010 HOW Conference (and the mayor’s proclamation declaring it Design Week in Denver didn’t hurt either… 😉 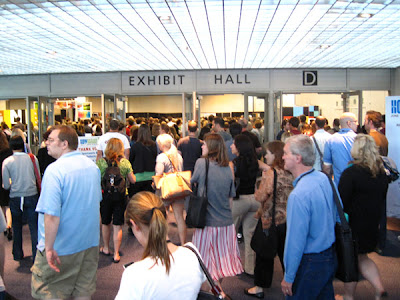 After that rousing session, it was time to hit the famous Resource Center. One of the best aspects of the HOW Design Conference is all the vendors that are located in the Resource Center. Plenty of schwag and samples to be had by all! But that doesn’t stop 2,500 of your closest design friends from clamoring to get all the cool stuff on the first night. Nothing beats earning that Veer T or French Paper sample kit by standing in line and waiting with your fellow designers chatting about the day.
Day Three for me (Day 2 of HOW) was a short day for me since I just had the 2 Wildcard HOW sessions. (I was fortunate enough to score 3 Wildcards for HOW because of friends who either purchased both CFC and HOW Conferences or had a plane to catch…it pays to know people! 🙂 I started out with Gail Anderson’s session on You Are What You Keep. It took Gail awhile to get up to speed and I figured that she was like me and didn’t do well with the whole getting up early thing… Gail had great info and I particularly liked how she showed specific examples of how items she collected were used or inspired future projects. 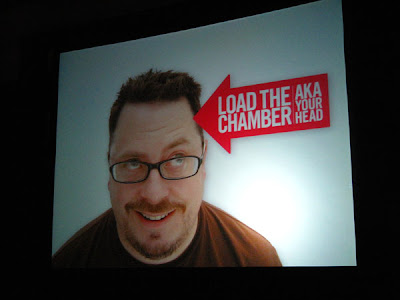 Next up was Von’s session, 5 Alarm Concepts. Von always has a great presentation and his latest one was no different. Von spoke of collecting “matches” to fill up your virtual matchbox so you could ignite your brain to creative 5 Alarm Concepts. Funny and informative, this was my favorite of the two sessions I attended. 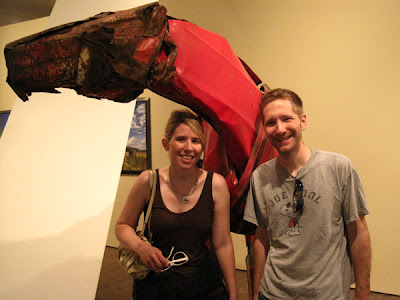 2010 was a great year for the CFC/HOW Conferences and I was pleased that I was able to reconnect with old friends and make new ones along the way. Alas, I was bummed that I missed out on the closing Party as well as the awesome Kevin Carroll giving the closing keynote, but I was able to squeeze in another day of Denver siteseeing along the way before heading home Tuesday evening. All in all, I think I did a good job of collecting a variety of matches from different sources to fuel my next creative endeavor.