This is part two of a three-part series on my The Sketchbook Project entry. Read part one on how I set up the sketchbook with new paper. The basic concept for the project is that when you sign up, you are provided a sketchbook to fill up with images based on a theme. I chose “Storybook” because I’ve always been a fan of myths and fairytales.


After receiving my sketchbook and while I was making the new pages, I was thinking about what I would actually fill those pages with. I’ve always loved myths and fairy tales, so I knew I would focus on that aspect. I can’t recall exactly what prompted it, but I began to think that I could do a version of Jack & the Beanstalk. My initial concept was to keep it simple: make a gatefold poster that would open up out of the sketchbook and tell the whole story in 2 images (front page and back page): 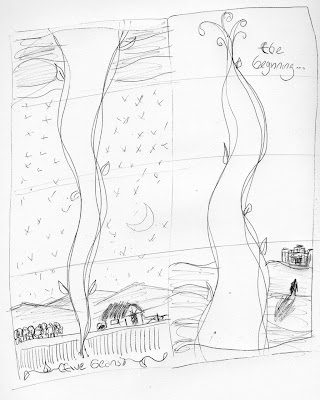 After some consideration, it just wasn’t working for me for this project. So I worked up some storyboards on how I could tell a more traditional story with my take on Jack and the Beanstalk. 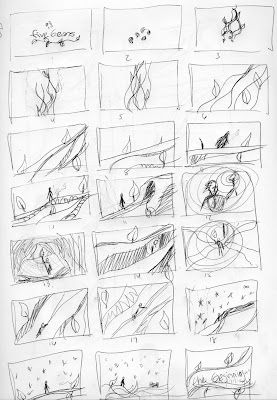 I sorta freaked out because it was the busy holiday season, I had tons of stuff going on, and I felt like I had to start over and that I didn’t have time for it. But I put the project aside for awhile and let ideas sorta marinate. Then I remembered a poem that I had written in the early 2000s about The Maiden and The Hawk. I’ve always loved that poem and thought it would make a great illustrated fairy tale book. This was my chance! So I worked up storyboards based on the poem. I tried to get the story to fill the allotted 24 pages, but I would be stretching it to make it fit that many pages, so I settled on 16 pages instead. I also decided that while I had limited dialog in the poem, I wanted no discernible words on this version, so I made up a symbol based language to convey the dialog without using letters. 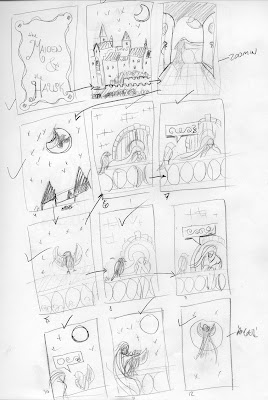 Now that I had the storyboards complete, I did some research on maidens and hawks and did some character studies to prepare for the real thing: 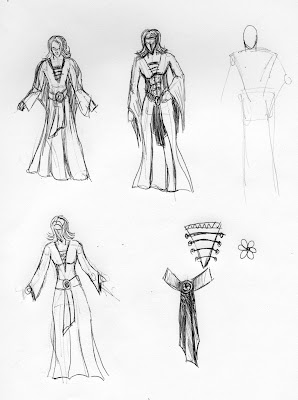 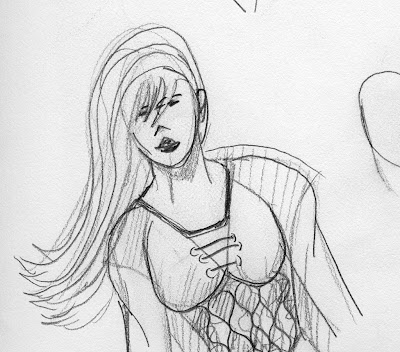 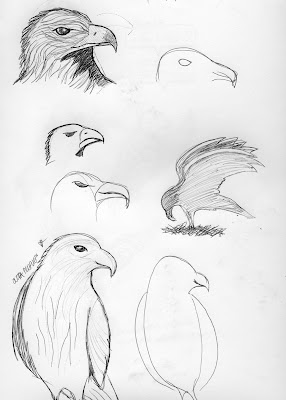 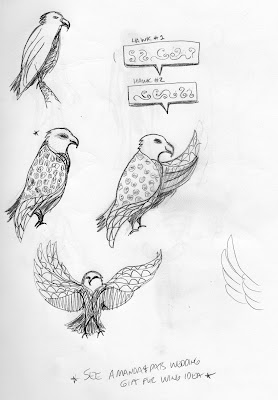 Now I was ready to create my sketchbook pages!
Coming next week: putting it all together.