Not long after Apple began it’s “There’s an app for that” advertising campaign, I was inspired to begin my Nap for That t-shirt line not only in jest, but also because I’m serious about napping. Just ask any of my friends, it’s true. 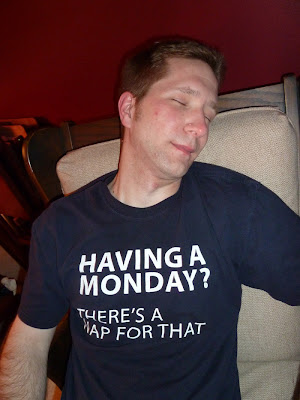 While the clean and simple typography was easy to work with, it still didn’t convey the full amount of awesome that I believe Nap for That stands for, so earlier this year I began to rethink how I approached Nap for That. I wanted some sort of illustration/graphic that would connect with the audience more.

I began to reflect on sleep and naps (I may have even done some hard research in the napping department too… 😉 After my research and some sketches, I figured a sheep would be the most appropriate new mascot for Nap for That. I wanted to keep that handmade feel to the finished illustration and after a few rounds, here is Ned the Sleepy Sheep! (Maybe I’m biased, but I just find him too cute.) 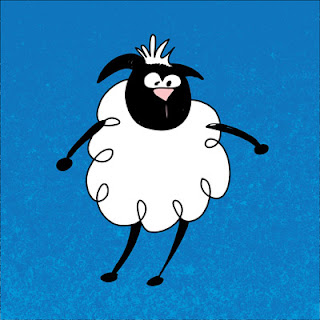 Now that Ned has been finalized,  I’m starting off small on relaunching the Nap for That brand, but have ideas for expanding the line up in early 2013. Keep your eyes peeled here for updates to the lineup as they happen! 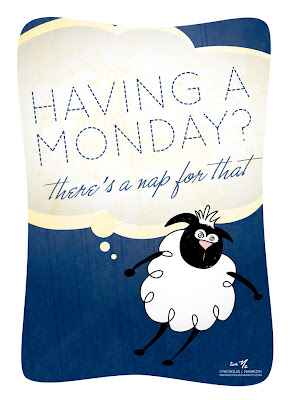 Nap for that t-shirts, mugs, and posters would make an awesome gift for the napper in your life. You can buy ’em here at my Zazzle shop. Now through 10/31 Halloween Mystery Sale: save up to 20% on select items with code “OCTOBERFUN31” at checkout.
Local peeps you can purchase the limited edition Holiday Nap for That cards printed by The Envelope exclusively at DVAC’s Art to Buy November 2-December 29. 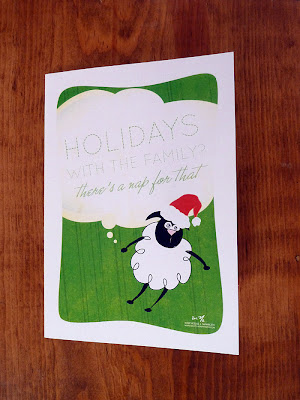