My buddies and I started grilling and watching movies outside on the deck a few years ago when we were on vacation in Virginia. We named the evening “Sunset Cinema” and really look forward to grilling season so we can see movies outside.

One of my buddies decided to build a cool movie theater in his basement and keeping with the theme named the theater “Moonlight Movies”. He made a special request for his latest birthday gift: he’d like me to design a custom poster that would be the first thing visitors see upon entering the theater.

Unfortunately, due to my hectic schedule near the holidays, I warned him that I wouldn’t be able to complete the poster until after his birthday. He was fine with this, since he was still putting the finishing touches on his theater. I couldn’t just not give him anything on his birthday, so I worked up a large “movie ticket” to build up the excitement of the poster to come:

After working up some quick thumnails and doing a very quick flat color application in Photoshop, I emailed my friend the proofs, 2 of the concepts presented shown below: 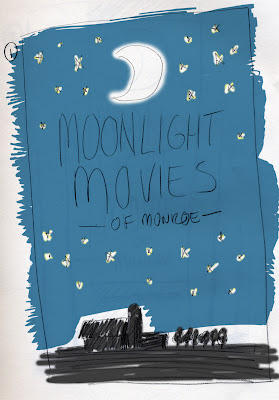 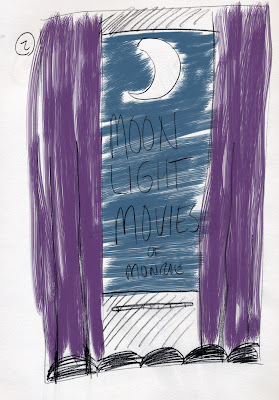 My friend liked the ideas but wanted to merge the “farmscape” and “theater curtain” versions. While I was skeptical of this move, I went with it and ended up with this: 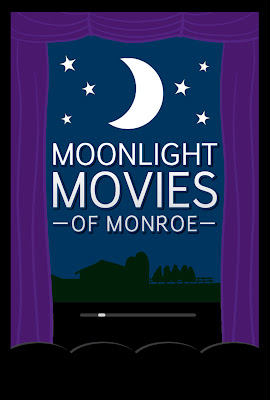 Whoa, pretty garish, right?! But after a few tweaks, some textures, and some lighting effects, this was the final result: 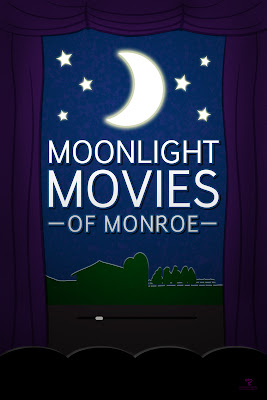 Personally, I still prefer it without the curtain and seats, but I think it did turn out well and really works with my friend’s new theater room.