My friend Nathan TR Shaw asked if I could help him with his CD cover and record label. He wanted the best possible presentation possible for the release of his first album. I’ve always wanted to work on an album cover, so naturally, I accepted.

He and his wife already had a good vision and photos they wanted to use for the cover, so it was just a matter of pairing the right type to match the personality of the music and that fit it in the cover artwork (photos from their trip to Guatemala). I had a few choices for him and he chose Quicksand, a nice serif font with clean lines and smooth corners for a more approachable and friendly feel. Once the type was approved, I converted the CD cover to a banner to be used on his website. 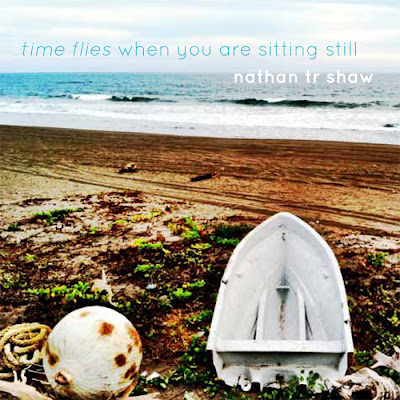 Now for the hard part. He needed a logo for his record label, Jumping Duck Records. As far as I know, ducks don’t jump. So how in the world to convey the concept? He didn’t want anything cartoony either. So I ran through a few options. Maybe the “jumping” was the thumping of the music, so the duck could have headphones. The duck in a standing position in the center of the record. 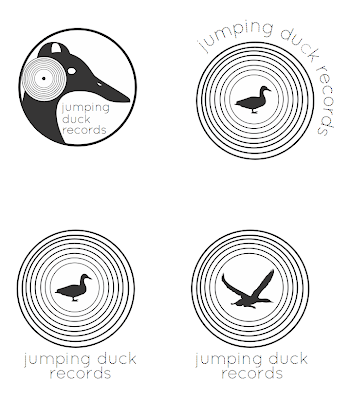 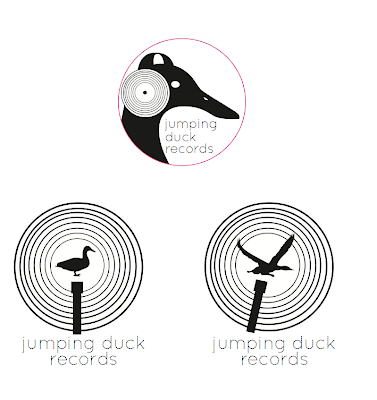 After trying many variations and none of them quite working, I set it aside for a bit. When I came back to the project and did some more research, I found an fantastic shot of a duck taking off. While not jumping exactly, it might convey the idea a bit better. So I used the photo as reference and how had the image of a Duck “jumping”, but it still wasn’t quite working with the type. So I got some input from my friend and then did some more placement options until I found the right combination. But something still wasn’t quite right…so I decided to adjust the letters: some above the baseline, some below to also convey the “jumping” aspect. This did the trick, the logo now had that dynamic quality it had been missing!

My friend and his wife were pleased with the results and hopefully, he will sell a lot of CDs. You can buy a copy of the finished CD starting today at his website: