I’ve seen the following ad twice over two issues in National Geographic without giving it much thought. After all, I’ve trained myself to overlook ads, and this advertorial didn’t spark my interest…until I gave it a second look: 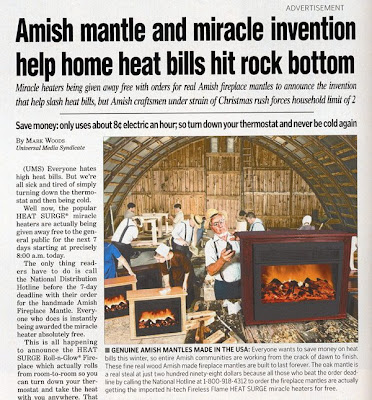 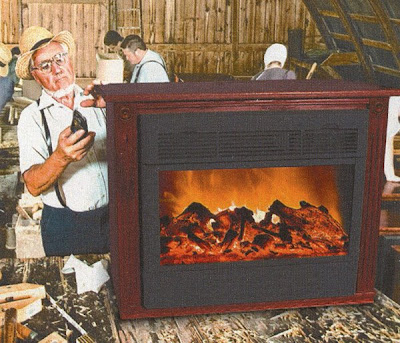 WTH? I’ve seen some bad Photoshop jobs before, but what on Earth was this person thinking? At least black out the fireplace part! Are we really supposed to believe that a) this guy is putting the finishing touches on a working unit that is plugged in and b) that the Amish have some sort of magical power to turn on electric devices w/o electricity?

Now for the fun part: comment on what object you think the fireplace mantles replaced in the original photo. I don’t know the answer, but I’d love to hear people’s guesses! 😀